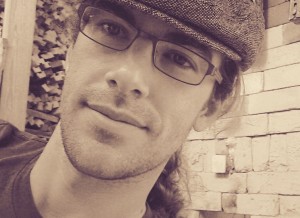 I am originally from Santa Cruz County in California’s Central Coast region. My interest in agroecology developed through extensive contact with smallholder farming and organic agriculture. I worked in organic agriculture for over five years as a producer and direct marketer of organic fruits, vegetables, and composts. I have also taught ecologically-based horticulture at UC Berkeley. From 2006 to 2007, I managed a Community Supported Agriculture (CSA) program at the Agriculture and Land-Based Training Association (ALBA) in Salinas, California. As an undergraduate at UC Berkeley, I maintained a part-time job with the ASUC Composting Project (AKA Berkeley Worms), a non-profit worker’s collective that composted food scraps from University Services and campus housing. Berkeley Worms provided a critical service of recycling nutrients back into urban gardens and parks.

The experience of living in Latin America for many years shaped my perception of agroecology as a project for social transformation. My doctoral research involved participatory action research with farmers in the Mixteca Alta Region of Oaxaca, Mexico. Previously in 2005, I conducted a participatory assessment of agricultural and ecological tourism for the village of San Gerónimo in Las Yungas de La Paz, Bolivia in 2005. San Gerónimo is located in a mountainous transition zone between the highlands of La Paz and the lowlands of Santa Cruz. I also supported the Landless Rural Worker’s Movement (MST) in Brazil from 2005 to 2006. Considered the largest social movement of Latin America, the MST has advocated since the early 1980’s for land reform.

I am interested in the Learning Lab as a means to share findings and exchange ideas about my ongoing research in the Snapp Lab. These include bibliometric studies of the literature on perennial grains, as well as interviews with farmers in Mali and Malawi about the ways that perenniality forms a part of their farming systems.