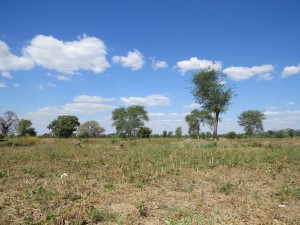 Climate change poses risks to household food security in many regions of sub-Saharan Africa, and there is increasing evidence of warming temperatures and stresses on water availability throughout the continent. Most regions of sub-Saharan Africa for which data are available have recorded an increase in extreme temperatures, and scientists project that the frequency and duration of heat waves and droughts will increase across most of the continent. Climate change is projected to interact with other stressors such as population growth and urbanization to exacerbate the vulnerability of agricultural systems in the region. Increasing temperatures and changes in precipitation are expected to reduce the productivity of cereal crops, which is likely to have adverse effects on food security. Changes in the timing of rainfall, the duration of the rainy season, and total rainfall have negatively affected crop yields in many parts of the region in recent years.

So-called “climate-smart” agricultural practices are widely promoted as a means of adapting to the effects of climate change and strengthening resilience in agroecosystems and livelihoods. Some of these practices help enhance soil fertility (e.g., agroforestry) while others help conserve soil moisture (e.g., mulching). Active research to develop drought-tolerant varieties of staple food crops aims to use technology as a means for adapting to the effects of climate change. Participatory action research that includes scientists and farmers provides a potential pathway for strengthening the adaptive capacity of small-scale agriculture in sub-Saharan Africa and for improving communication systems for responding to climate risks.