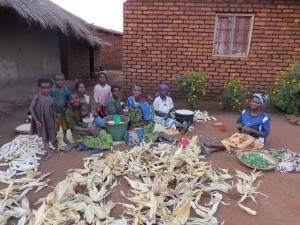 Agriculture is the most important sector of the economies of most countries, employing about 60 per cent of the labor force. Women constitute the main part of agricultural labor force; throughout the region, most rural women are farmers, and they comprise more than half of those economically active in agriculture. Most of the rural population in the region consists of smallholder farmers with customary land tenure. They cultivate small and fragmented landholdings with low yields, and are mainly subsistence-oriented. Most of southern Africa has a single rainy season and household food shortages are common shortly before harvest time when household food reserves are dwindling and market prices for grain are usually at their highest.