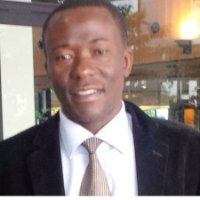 Franklin Simtowe is a Monitoring and Evaluation Economist at CIMMYT. Dr. Simtowe has over 16 years’ experience in of Policy research, advocacy and ex-ante and ex-post Impact Assessment in Southern, Eastern and Western Africa regions. Prior to joining CIMMYT, he worked as a Senior Monitoring and Evaluation Economist for the International Livestock Research Institute (ILRI) and for Alliance for Green revolution in Africa as a Trade Policy Economist. He has also previously worked other CGIAR centers such as the Africa Rice Centre in West Africa and the International Crops Research Institute for the semi-Arid Tropic (ICRISAT) as an Impact Assessment Economist. He has extensive experience in conducting quantitative ex-ante as well as ex-post impact assessments of social programs on the livelihoods of rural households in Africa applying partial as well as general equilibrium frameworks. His most significant impact assessments include studies on the impact of the World Bank funded social programs, such the Market Assisted Community Based Land Redistribution Programs in Southern Africa; The impact of NERICA Rice varieties on poverty in Benin, Guinea, The Gambia and other west African countries; The Impact of legumes on household welfare among Eastern and Southern African countries and the potential impact of increased budgetary allocation to agriculture on poverty reduction in Africa . He has strong interests in understanding the adoption dynamics and impact, especially within the maize-legume systems in Africa and how to address technology adoption barriers. He holds a PhD in Agricultural and Development Economics from the University of Hohenhiem. He also specialized in Agricultural Economics for both his Master and Bachelor degrees that he obtained from the University of Malawi.