You are here: Home / Archives for Teams 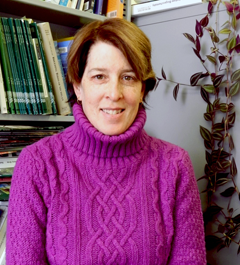 Dr. Catherine Lindell is an Associate Professor at the Center for Global Change and Earth Observations and the Department of Integrative Biology, where she also serves as Graduate Program Director. She is most interested in avian behavior and ecology in managed ecosystems. Alongside her research team, she combines theoretical and applied approaches to the study of the behavior and ecology of birds and the roles of birds in ecological functions and ecosystem services. She is particularly interested in how to make managed landscapes more hospitable for species that contribute significant ecosystem services. Research Interests Avian behavior and ecology Managed ecosystems Ecological functions Ecosystem services Coupled natural and human systems (CNH) Involvement Dr. Lindell leads the Avian Behavior and Ecology in Managed Ecosystems Lab at Michigan State University. One line of research involves the patterns of bird activity in agricultural systems in North America. With funding from the National Science Foundation […] 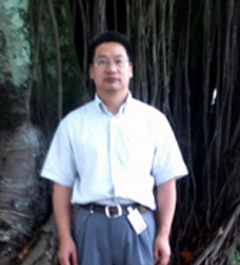 Dr. Lu is a Professor in the College of Social Sciences at Michigan State University. Previously, he was an associate/senior scientist at the Anthropological Center for Training and Research on Global Environmental Change (ACT), at Indiana University, Bloomington, Indiana from 2008 to 2012. He was also a research fellow at the School of Forestry and Wildlife Sciences at Auburn University between 2007 and 2008, and a post-doc/assistant scientist at the Center for the Study of Institutions, Population, and Environmental Change (CIPEC), Indiana University, between 2001 and 2006. Research Interests Remote sensing GIS/spatial modeling Land use/cover change Biomass/carbon estimation Soil erosion and land degradation Human-environmental interactions Urban impervious surface mapping Involvement Dr. Lu primarily studies the Brazilian Amazon and Asia, where he applies geospatial techniques. He is a strong collaborator at GCS and works on many projects throughout these regions, including: Urbanization and sustainability under global change and traditional economies: synthesis […] 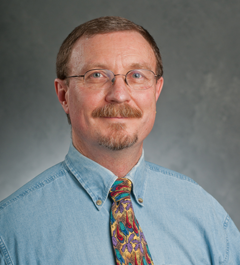 Dr. McConnell is an Associate Professor within Global Change and Earth Observations at Michigan State University. As a land change scientist, he applies a mixed Cultural/Political Ecology- Geographic Information Sciences approach to questions of land use dynamics from local to global scales. He has spent the past 25 years in interdisciplinary research groups, including the George Perkins Marsh Institute at Clark University, the Anthropological Center for Training and Research on Global Environmental Change and the Center for the Study of Institutions, Population and Environmental Change at Indiana University, and the Center for Systems Integration and Sustainability at Michigan State University. Research Interests Socio-political and environmental dynamics Land use/change Coupled natural and human (CNH) systems Conservation Land use decision-making Agriculture Involvement Dr. McConnell manages an international, multi-institutional research project supported through the Belmont Forum’s Food Security and Land Use Call. He has done work in Africa (e.g., Madagascar, Mali, Kenya) and […] 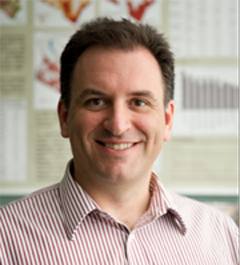 Dr. Joseph Messina is the Associate Dean for Research in the College of Social Science and a Professor in the Department of Geography, Environment and Spatial Sciences at Michigan State University. He is also the Associate Editor of Plant Ecology and on the editorial board for the International Journal of Applied Geospatial Research. He has co-edited special issues in Photogrammetric Engineering and Remote Sensing, Environment and Planning A, and Environment and Planning B. His involvement spreads across university programs, academic journals, research boards and professional organizations. Research Interests Population-environment interactions Medical Geography Geographic Information Science Remote Sensing Land Change Science Current Projects Dr. Messina has active (2016) research projects funded by USAID, the Bill & Melinda Gates Foundation, NASA, and DOD. Most of these projects focus on GIScience applications around people and the environment particularly syntheses of population-climate change-disease-agriculture. The exception is that two projects from DOD and both National […] 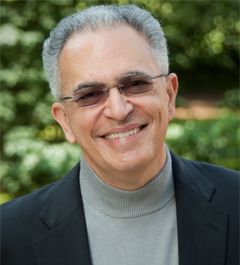 Dr. Moran is John A. Hannah Distinguished Professor at the Center for Global Change and Earth Observations and a member of the Faculty in the Geography Department. He is also an Adjunct Professor in the program on Ambiente e Sociedade of the Universidade Estadual de Campinas (Unicamp) in Sao Paulo. He is on the editorial Board of PNAS, Current Opinion in Environmental Sustainability, Journal of Land Use Science, and is Editor for a Springer Book Series on Human-Environment Interactions. He is a member of the National Academy of Sciences of the U.S.A., a Fellow of the Linnean Society of London, and a Fellow of AAAS. Research Interests Ecological anthropology Land use/land cover change Tropical Ecology Food security Interdiciplinary (biophysical/social science) Geospatial research techniques Current Projects Impact of the Belo Monte Dam construction on society and health in Brazil A Team for Coupled Human and Environmental MacroSystems (TeamCHEMS) in a Changing […]